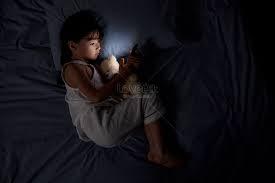 My mom likes to lull me to sleep with bedtime stories based on fairy tales. They are wonderful and stunning, just like the fairies themselves. Fairy tales are the reason why a little girl who is four years old may go to sleep without a fuss.

On the other hand, this did not occur that evening. It all began with the fact that my dad did not have dinner with me, as he always does. Not only that, but out of the three of us in our family, I was the only one who ate dinner. Those wonderful stories were never shared with me by my mother, either. Afterward, she helped me fall asleep.

Those shouts jolted me awake from whatever dream I was in. As soon as I opened my eyes, I noticed that both of my parents were standing in front of the bed. They did not notice that I was awake, so I beamed my typical grin at them. My smile did not last very long since I had the impression that something was off.

The first thing I picked up was that my folks were not speaking in their usual loving tone. They were yelling at one another. It was strange and unsettling, as I had never heard someone yell before. I was going to call them, but something inside me stopped me.

Although I could not understand a word they were saying, even my little heart picked up on the fact that their conversation was anything but nice. They began throwing punches at one another out of the blue. Both the violence and the yelling were unexpected experiences for me. I was speechless, and all I could think was that I needed to sleep to escape into my beautiful dreams.

That night, I witnessed every act of violence that occurred. My mother and father’s shouts reached my ears. For sure, I will not soon forget that experience. Even after all this time, I still cannot shake the fact that those memories still haunt me. I did not tell my parents about that night. But I still hope I was sleeping ‘That Night.’

People frequently have the misconception that there are only two parties involved in the conflict; however, nobody seems to be thinking about the young children who may be there throughout the confrontation. Even if they do not discuss it or tell anybody else about it, it undoubtedly affects those tender souls.

5 thoughts on “That Night”