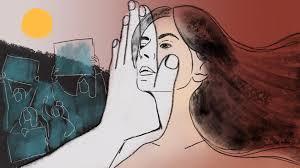 “Never give nor take an excuse.” ― Florence Nightingale.

When she first felt that this was the location that would offer her the sense of open-mindedness that she was lacking in her hometown, she was driving past her new university and exclaimed, “How lovely and modern this college is.” She is originally from a tiny village where people hold the opinion that girls shouldn’t feel inferior and should instead follow what society has dictated for them to do.

She arrived downstairs from her hostel room that day wearing a short nightgown that reached her knees. Suddenly, she realised that everyone was acting strangely and awkwardly. As a result, she enquired of her hostel in charge, “Is there anything wrong with me?” She kindly declined and stated that while you are free to wear anything you like in the morning up until 7:00 am, faculty, staff, and many other people are present on campus from 7:00 am to 7:00 pm. As a result, try to avoid wearing shorts then.

She nodded her head in agreement with a big question mark that read (SO WHAT..?) She was only interested in knowing, “how does that matter…” And she didn’t understand how just one person’s actions may affect everyone else, regardless of whether they come from humble or educated backgrounds. She began donning full pants, leggings, etc., as she pondered these topics.

When one of her friends from the guys’ hostel showed up for breakfast in SHORTS after two days, at a time of about 9:15 a.m., she got a sense of how things are done around here. She raised her voice during the subsequent hostel meeting, asking, “WHY ONLY GIRLS..?? WHY NOT BOYS..” “This is how things work here in this hostel,” the student leader responded. “Boys are allowed to roam on campus for the entirety of the night, and the gate of the girls’ hostel has a limit of 12:30 am. Girls are required to fill out a leave form, and that form will only be approved by the charge if the guardians meet with her personally.

After hearing this, I felt awful because, deep down, it was very heartbreaking that ladies still couldn’t live their lives according to their own norms even though they have been independent for such a long time. However, the institute was not the only offender; the parents also committed the same crime because they desired this kind of security for their daughter. I acknowledge that protection is a reality, but everything has a limit, and shorts go beyond that.