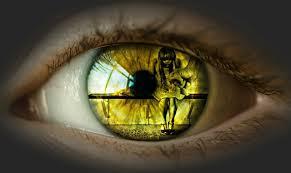 “Traumatic events may occur to you, but they will never define you.”

The first time she had been slapped by someone without realising it, she sobbed in front of the mirror with many questions in her eyes.

She was a young, attractive woman of 32 who had married a man of her father’s choosing two years prior with the hope that she would find freedom and happiness, but destiny had other plans for her.

So, the following morning, he expressed regret for the previous evening, saying, “I was quite FRUSTRATED and UPSET.” She didn’t want to, but she still said, “It’s okay,”

even though she knew in her heart that it wasn’t. It is never okay to be touched without consent, to be beaten for any reason, and to divert your own annoyances onto another person in order to relax.

When domestic violence affects a person we know or ourselves, these voices are shut straight up without hesitation. Domestic violence seems to be merely a tea chit-chat social issue . The oldest and worst cliche in our nation is that when something bad happens in a family, it should be HIDDEN by using the excuses “Ghar mein toh ye sab hota rehta hai,” “Choti Choti baato ka drama mat banaya karo,” and “Ab thik hena.”

This is a subject that should never, ever be disregarded or treated as “THIK” by anyone at any cost, not even at the expense of their family.

Family is the one who becomes our greatest strength, but for women, they may also be our greatest rebel at times. Women is the largest enemy of women in our nation, constantly discouraging the victim to be quiet, to keep a low voice, and to refrain from seeking divorce from the person who has made her life worse than hell. A Women needs to be altered in order for her life to change.

As Violence is not only when someone is beating the other one but it is also when you tried to raise your voice and someone stopped you, when you were forced to take permissions for the things…you really wanted to do…

Following those remarks, which she had just 20 minutes earlier spoken with her mouth, that woman sobbed uncontrollably.

Regression is never preferable to revenge because…

The fact that “HO JAATA HAI” is true must no longer be accepted since “NAHI HONA CHAHIYE.”

One thought for the survivors is undesirable when writing the material and portraying the feeling because it is so unbearably eerie.

“No one else will defend themselves if we don’t, thus, one must stand up for themselves.”